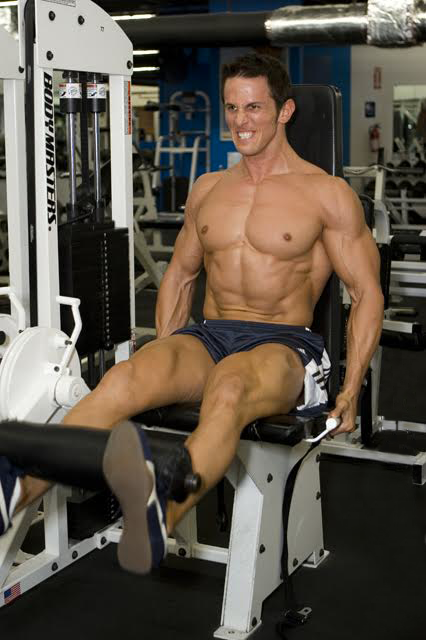 IF YOU DON’T BREATHE, YOU SUCK.

Who is your favorite superhero?  Superman? Batman? Captain Underpants? Whoever it may be, your favorite superhero would be just an ordinary buff human without his or her superpower, right?   Athletes aren’t crime-fighting superheroes, but they are superhumans.  So, much like any superhero robbed of their power, an Olympic athlete can’t defy the odds and give a historic performance if they haven’t had food, water, and one other important thing; Oxygen.  Of course, you know that humans can’t stay alive very long without oxygen, but you may not have considered just how vital oxygen is to athletic performance and general exercise.

According to this article on Forbes.com:

“The body is designed so the muscles responsible for breathing and the heart will take priority for oxygenated blood over limb muscles, meaning the rest of the body – legs and arms – will be the first to ‘go’ causing premature fatigue.” Dr. Lomax tested 12 runners over six weeks and found that those who did inspiratory muscle warm-ups improved their times by 5-7 percent; those who did inspiratory muscle training improved their times by 12 percent; and those who did both improved by 15 percent. Dr. Lomax said those were very conservative figures and did not rule out athletes making even greater gains.”

So, breathing is your secret super power if you want to be a hero and rescue your results. Proper breathing allows you to train harder and longer by delaying the burn and even helping you tolerate the burn.  More breath out = more fat out.

Well, there’s even more to it! When our bodies lose mass, we expel it in the form of water, gas, and feces, which is mostly water, dead bacteria, and indigestible food matter.  According to articles on sciencealert.com, and Medical News Today which both summarize the findings of a study published in the British Medical Journal:

“The research conducted by a team at UNSW Science in Sydney calculated exactly what happens to our fat when we shed kilos and revealed that doctor’s leading theories are wrong – we don’t convert our missing mass into heat or energy, we breathe it out.

Their results, published in the British Medical Journal, reveal that 10 kg of fat turns into 8.4 kg of carbon dioxide, which is exhaled when we breathe, and 1.6 kg of water, which we then excrete through our urine, tears, sweat and other bodily fluids. “-sciencalert.com

“Prof. Andrew Brown and Ruben Meerman reported widespread misconception regarding how weight is lost, finding physicians, dietitians, and personal trainers all equally guilty of not knowing. Most believed that fat is converted to energy or heat, ‘which violates the law of conservation of mass,’”-medicalnewstoday.com

The article concludes with a very interesting video, Where Do Trees Get Their Mass From?, which explains how -through carbon dioxide exhalation- our bodies would become trees in a closed environment.

For trainers, athletes and those who like science check out this excerpt from Molecular Cell Biology, 4th edition Oxidation of Glucose and Fatty Acids to CO.

Read on to find out how to train yourself to breathe better in 5 minutes. First, you need a little information.

WHAT IS OXYGEN DEBT?

Most people I train don’t seem to know they are supposed to breathe when they lift weights.  I assume the reason people unintentionally hold their breath is that they assume that breathing is an automated response to demand.  Ergo, if they really needed to breathe, they would.  Admittedly, that’s true.  Your pulmonary system will override and increase oxygen consumption after 1-4 minutes of exercise, depending on intensity.  The reason for this delay in oxygen uptake is due to the supply of oxygen stored in your body at all times.  This oxygen is in your muscle tissue via myoglobin bonds.  The reason you can hold your breath underwater is evidence of this oxygen stash.  However, once that supply runs out, you have 10 seconds before you pass out.  This Guinness World Record holder can hold his breath underwater for 22 minutes.  That’s impressive, but even this guy has to breathe with every rep if he wants good results.  Why? Read on.

THE MAXIMUM RATE AT WHICH YOU CAN CONSUME OXYGEN is called your VO2 MAX, which stands for volume of oxygen maximum.  The VO2 MAX rate is also measured in ml/kg/min.  During exercise, the rate of oxygen uptake increases linearly until VO2 max is reached.  An increasing work rate will not increase O2 consumption beyond this point.  So, ideally, you want to have a high ability to consume oxygen and you want to breathe deeply and frequently so that you can increase your time under tension before your maximum oxygen consumption rate is exceeded by your work rate.  Translation:

Deep breathing gives you more reps before the burn and a well-trained VO2 MAX allows you to sustain the burn for more reps, leading to more calories burned.

STEP ONE: get familiar with your breathing muscles with this very short video:

STEP TWO (AT HOME): learn what it feels like to consciously contract these muscles through the following method.

As you can now see, when your body needs oxygen, your correct breathing pattern will engage and you have no choice but to breathe and breathe right.  Now, learn to breathe like this with every rep and you will be superhuman in the gym.  The real trick is learning not to hold your breath again as soon as you feel that inevitable fatigue set in.  I tell my clients that you have to breathe the way you want to move the weight -meaning, with force.  You have to exhale with gusto such as if you were blowing sawdust off of a table or spitting your gum out.  Your breath should make a sound. Likewise, you should make a sniffing sound when you inhale.  For the easy reps at the beginning of the set, the sound of your breath will be audible only to you.  Once the fatigue begins to set in, you have to fight hard for every rep. If you are worried about people hearing you respirate, then you are impeding your ability to go all out.  Athletes grunt when they are exerting themselves to the max, there are no two ways about it.  You do it too whenever something you have to lift is unexpectedly heavy, right?  Stop fighting nature and start breathing.  The real, real, REAL reason you don’t already is because you probably think it’s not cool.   Examine that.